Reporting on the 2016 Holyrood election campaign, Meryl Kenny wrote: After a campaign during which it certainly felt like women’s representation was firmly on the agenda, the new [Scottish] parliament offers a meagre 35% or 45 women MSPS [out of 129], the same tally as 2011, and again lower than the bar set at the time of the parliament’s inception in 1999, of 37% and 48 women.”

On the occasion of the centenary of the 1909 Suffragette march in Edinburgh,* Fiona Hyslop, then Scottish Education Secretary, commented: “[Edinburgh] saw the first suffragette to be force-fed in a Scottish prison, Ethel Moorhead, imprisoned in Calton Jail. . . I think she would have found it hard to believe that one day offices of the Scottish government would stand on that very spot, a government not only elected by women voters, but including women ministers.” 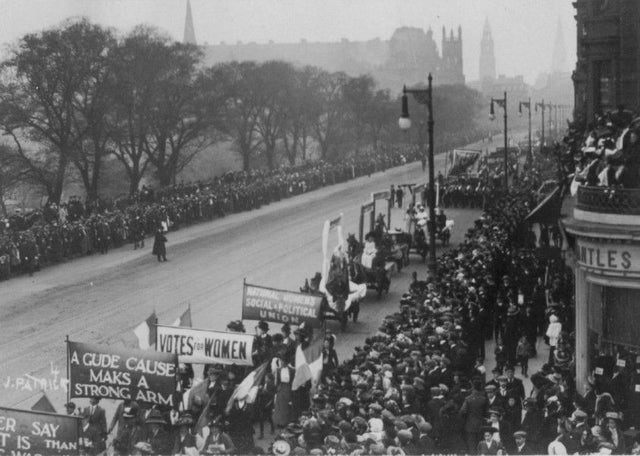